We used the same piece of grass on St Thomas' Square as last year and were still setting up when the children started to arrive.  There were lots more children than last year and the Vampire Blood and Monster Snot (slime buckets with eyeballs etc in) proved very popular - ie it was mobbed.  There were lots of ewwws, followed by cleaning up of hands and wrists before those same hands went back in!

There were also other games to play:
At 6pm the fancy dress competition was called; a pirate and a demon were declared the winners and each received a £5 Tesco voucher, provided by the Birdwood Area Residents' Association.

Very many thanks to the Co-op for providing the two large tubs of chocolates.  There were about 10 chocs left over which was appreciated by the organisers.

Photos below by Glyn Phillips 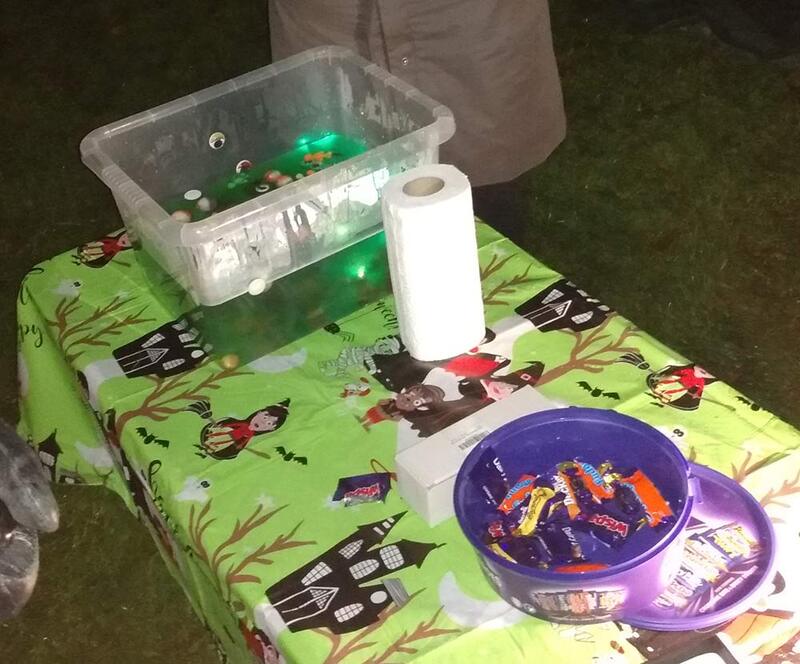 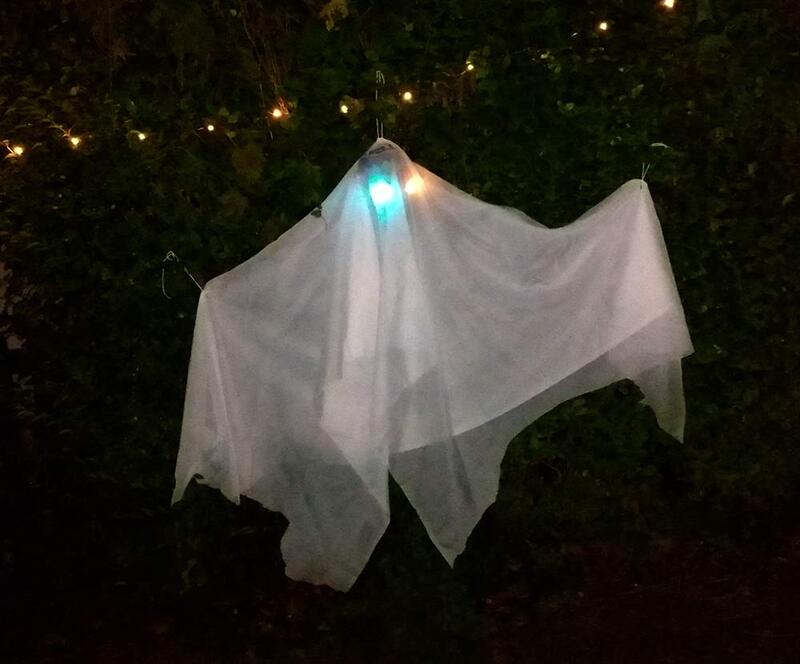