There was a steady stream of people arriving throughout the morning.  People arrived on foot carrying items or pushing them in all manner of carts, some came on bikes with trailers and many in cars brought larger items.  In the meantime the council and C3 volunteers shuttled between residents with items pre-booked for delivery and the large walk in skips.

One of the skips had to be taken away as it was full and a new one was put in place.

Unlike last year the sun shone on our event and we were able to have the recycle tables outside.  This ensured that many of the items left were taken away by residents.  What was left was removed by the Red Cross in a van, who were delighted by the donations.  Anything they couldn’t sell will be sorted through by the Council recycle team.

We received 8 bikes which will go to Camtrust to be repaired by staff and volunteers and sold, with proceeds going to the charity.

We were very pleased that a lot of residents stayed for free coffee/tea and cake.  A big thanks to those who brought in homemade cakes (and even some sausage rolls), they were much appreciated – and very tasty.

Also, thank you to the Co-op who provided two very nice bottles for the raffle (a gin and a prosecco).  We had donations of jewellery, chocolate, a couple of toys and a £20 cinema voucher.  All in, the raffle made £57, which we have rounded up to £60 and sent to Camtrust, a charity specialising in life skills for adults with physical disabilities and learning difficulties.

Thank you too, to the representative from the Cambridgeshire Fire Service, who was present to talk to residents about fire safety and home checks. Find out if you or a relative are entitled to a free home visit.

And finally, a huge thank you to the Cambridge City Council, the C3 Church and the residents who volunteered their time to ensure this event went as smoothly as it did.

The AGM
At 12pm the AGM was held in St Thomas's Hall.  We gave out a report to those who were dropping off but who couldn't stay for the meeting.
Images below:
waiting for people to arrive; Cambridgeshire Fire Service advising a resident; taking a break;
cakes!; raffle prizes; drawing the raffle;
a happy winner (those not in attendance will have their prizes delivered)
If you have any images to add please contact us. 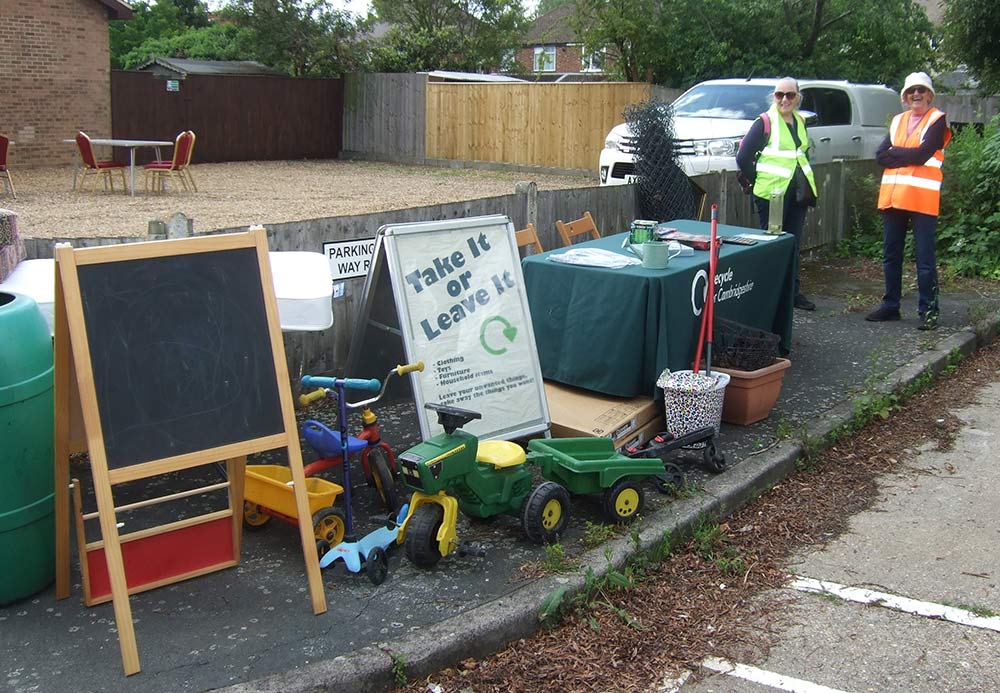 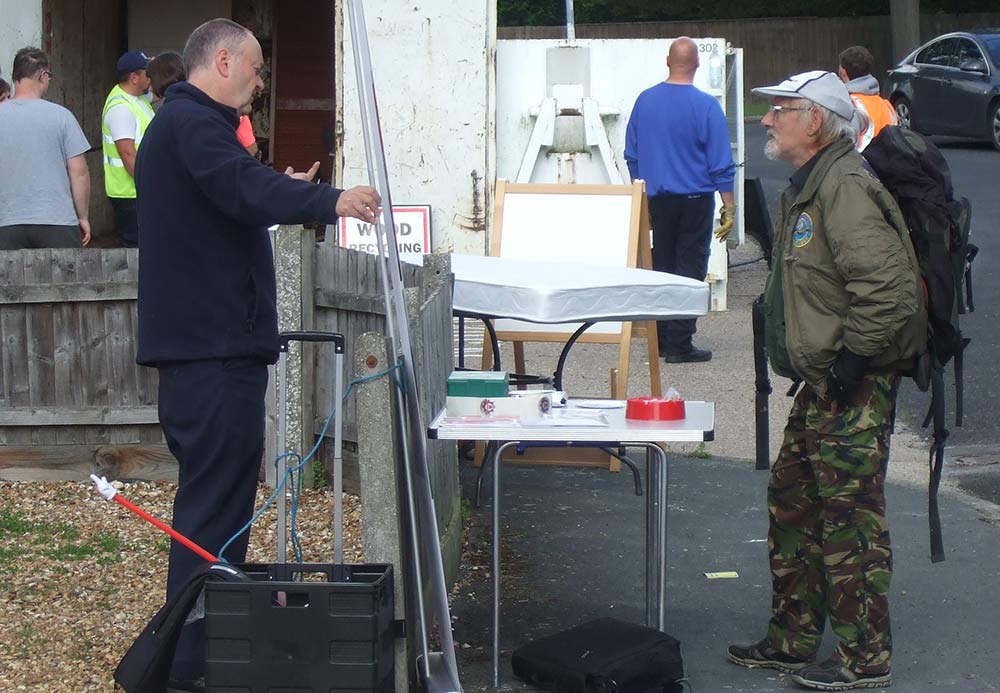 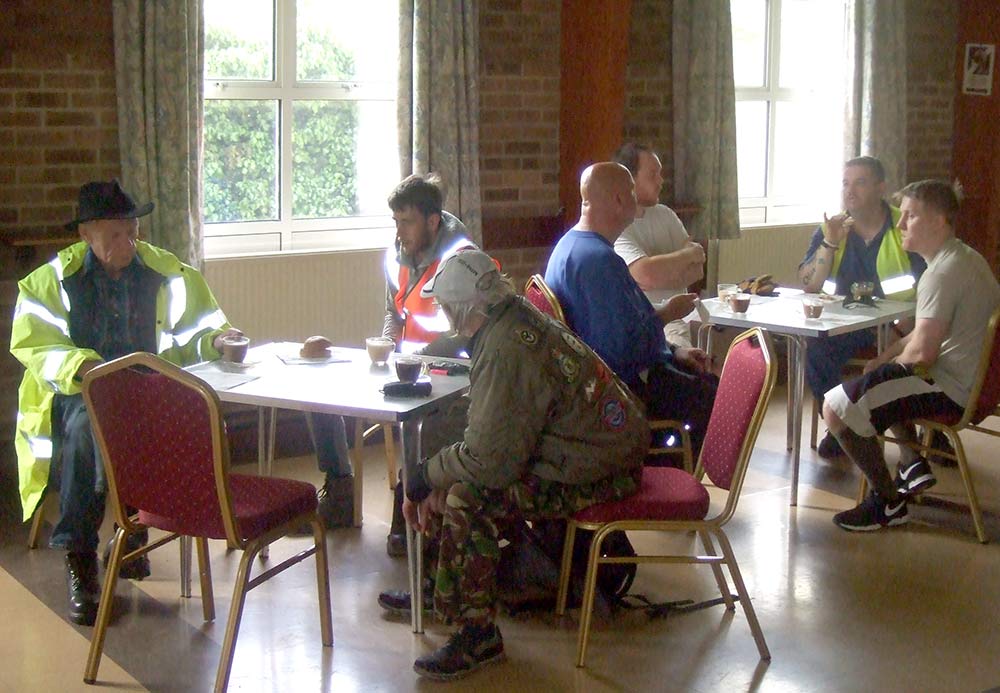 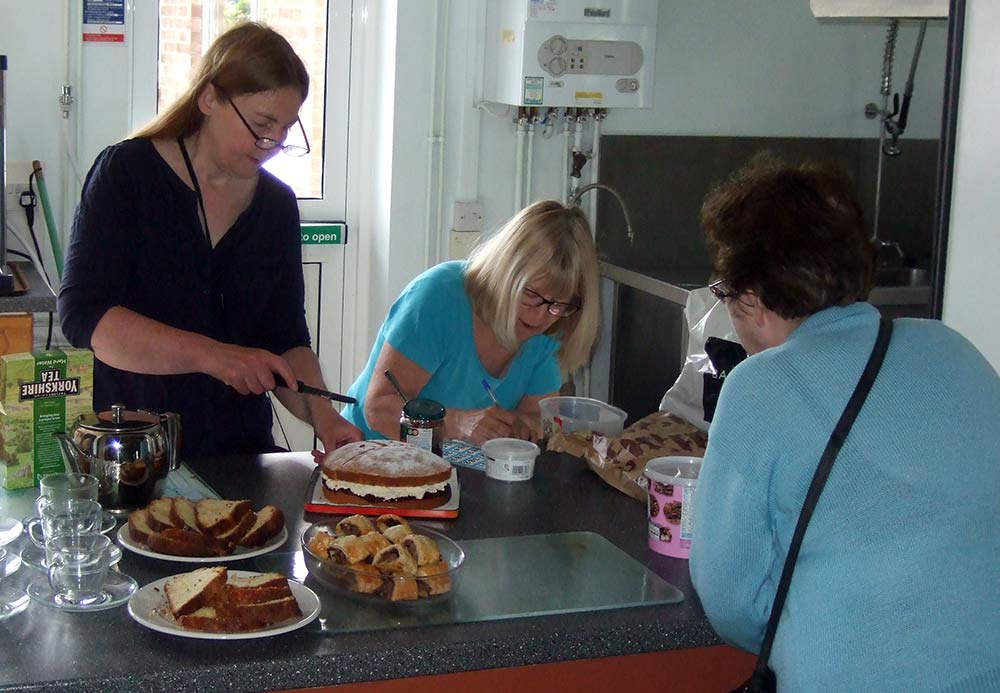 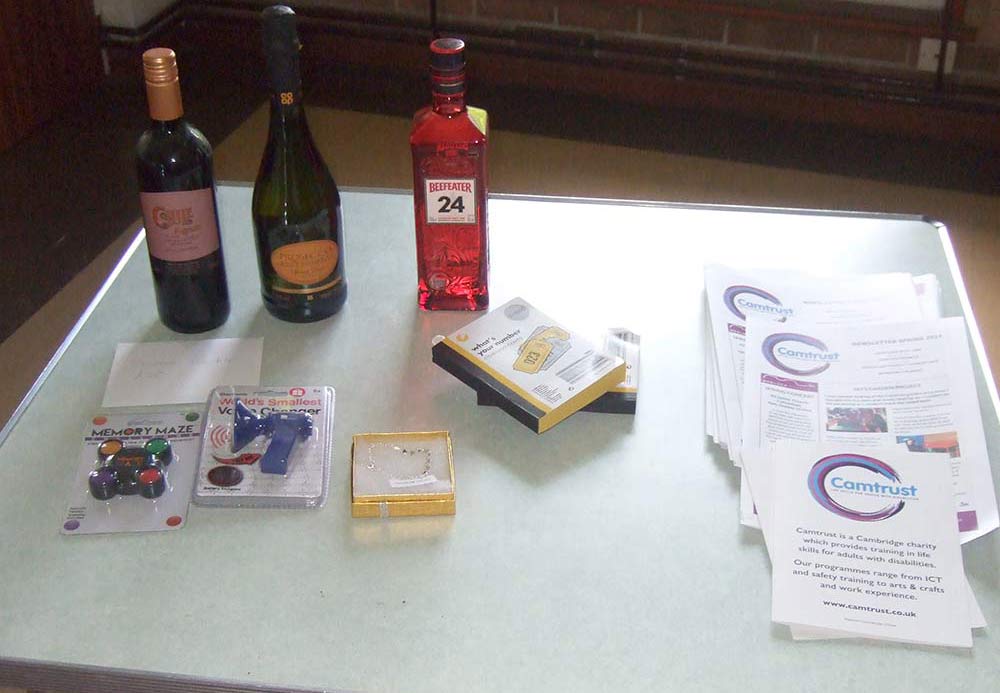 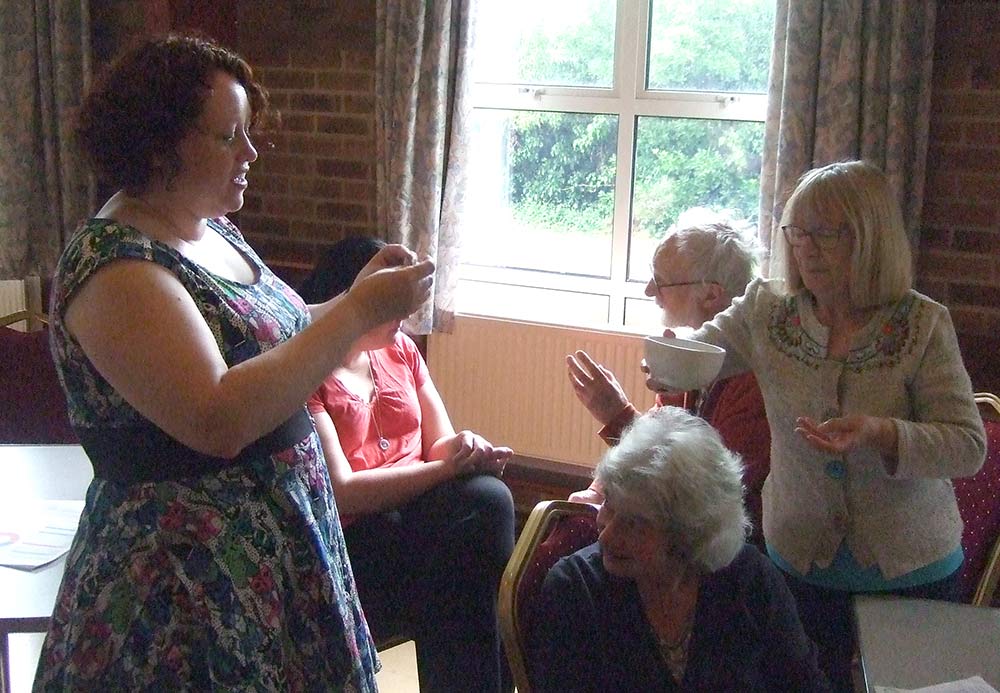 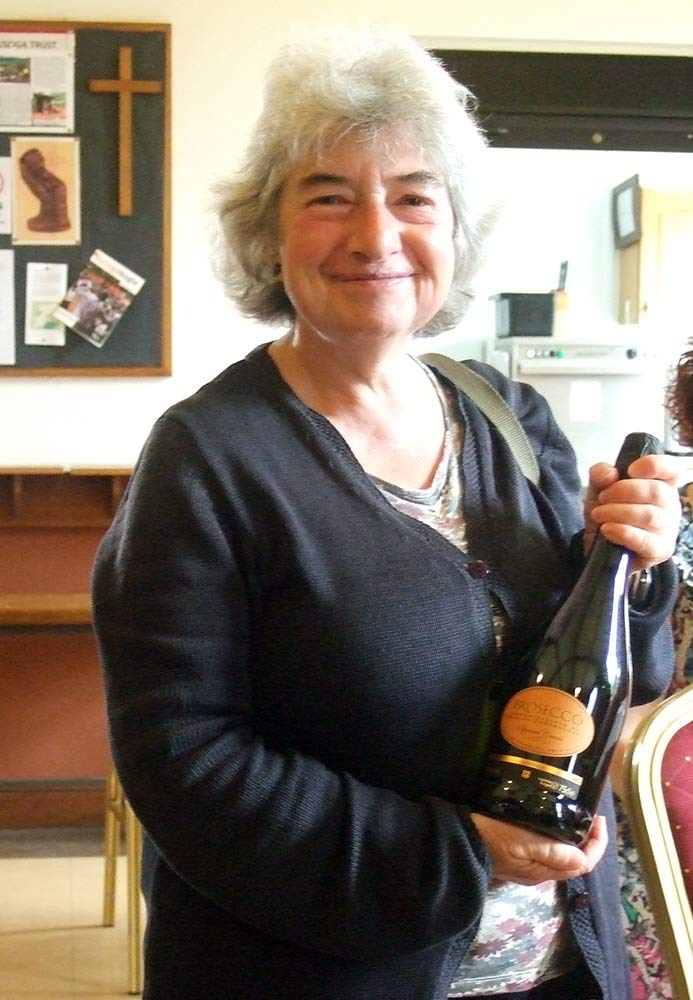